What is Two Factor Authentication? 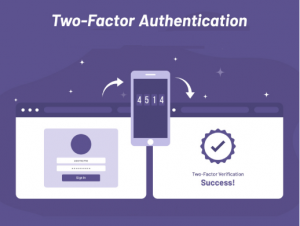 Alternatively, two-factor authentications can also be achieved by identifying something you are such as a retina scan or fingerprint, and something you know such as a secret pin or password.

Consider this; a hacker sniffed your, bank account, PIN or password from a public Wi-Fi network, by tracing network packets or using some malware to attack your PC. He still will not be in a position to access your account as your bank would have implemented strong, two-factor authentications using an additional password generated, from a mobile application, on a phone which is in your possession.

The most common example of the usage of two-factor authentications, in our daily life, is when we withdraw money from a bank ATM. We use our bank provided ATM card, which is considered to be one of the factors or identification, and we enter a secret PIN on the screen, which is considered to be the second factor of secure authentication. If only both of these match, do we get access to our bank account via the ATM. So even if your ATM card is stolen, the chances of the thief being able to withdraw money from your bank account, is next to impossible, if you have not also disclosed the secret PIN for the account by writing it down and keeping it in your wallet, or writing it on the card itself.

When the question comes of security of your website or application no matter how much worth your business is, it should be 100% secured. There are many ways to ensure your website or application is secure enough; one of those is strong two-factor authentication, using One Time Passwords (OTP) Adweb provides, a simple and better way to make your applications secure over any network and on any platform. Adweb is the leading Two Factor Authentication service provider in India. We have mainly focused on three key points: Technology, Process, and People. 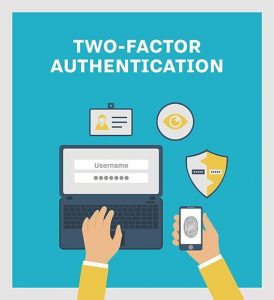 Factor Authentication utilizing OTP - One Time Password for IT applications and infrastructure.

A onetime password as the word indicates is only valid for a specific time interval or one-time usage. Starting from Google/Gmail, Facebook, Apple, Twitter, PayPal, DropBox, Yahoo, LinkedIn, etc. many of your favorite sites have implemented Two Factor Authentication. Since the cost of implementing Two Factor Authentication is very low, it has been actively promoted on IT infrastructure and applications.

Some of the more popular applications are;

When it comes to authentication and authorization, Encryption is considered as one of the most important components of the layered security. Public Key Infrastructure (PKI) refers to the specialized systems, methodology, and approaches that aggregately give a framework for addressing the previously illustrated fundamentals of security - confirmation, secrecy, integrity, non-revocation and access control.

PKI is made-up of five components as listed below:

PKI is the encryption approach where the pair of cryptographic keys are utilized to encrypt and decrypt information, one is public and one is the private key. A client can give the open key to anybody, utilizing that sender encrypts the data. An owner then uses the private key to decode the information. PKI additionally can be utilized for big business and SMB-class databases, electronic archive and forms signing, secure texting, cell phone security, securing USB storage gadgets, Windows Server Update Services, Active Directory and then some. Cases of PKI innovations are OpenPGP or S/MIME, encryption of records utilizing the extended Markup Language (XML), and so forth.